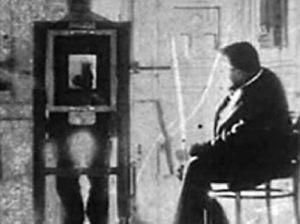 Security scanning owes its origin to photographic film.  Wilhelm Röntgen discovered X-rays using this medium. And film has been the most widely used historic detector.

Film absorbs only around 1% of x-rays . The renaining 99% escapes.  Low sensitivity due to poor absorption is film’s main disadvantage.  A significant advantage is that the detection area can be comparatively large.

Electronic (digital) x-ray detectors were introduced in the 1970s. Today they are used in the majority of medical, industrial and security screening applications.  The advantages of digital devices include

The most widely used x-ray detectors are listed below.

Several types of semiconductor detector exist, many more are under development.

These are large area detectors. They include a gas chamber.  This produces an electrical charge when an x-ray passes through (photoionization).  An x-ray’s (photon’s) energy is measured from the signal strength; time from the arrival rays and the shape of the electrical signal.

These are large-area detectors. They are basically x-ray photomultipliers and amplify/ detect signals by producing a cascade of electrons. They are made by etching layers of reactive material into tiny channels in a plate. These “tubes” are coated with a material that emits electrons when an X-rays strikes. The energy and direction of x-rays are measured by the strength, location and time of their interaction with the detector.

CCDs are small-area detectors.  They are made from silicon doped with impurities. This creates sites with different conductivities. Incoming x-rays interact with the silicon and impurities creating a “cloud” of electrons. The photon’s energy is measured by the charge of the cloud. Ultra-rapid regular measurements allow the timing to be determined. 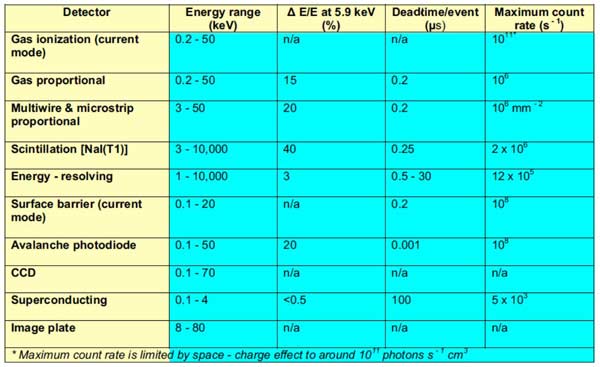 These are large area flat panel that evolved from CCD technology.  They offer both high resolution and high dynamic range.  These sensors are well suited to certain security scanning and high-end of industrial applications They were originally developed for x-ray imaging in medical applications.

Several x-ray detectors, including amorphous silicon flat panels and CCDs employ a scintillator screen to increase efficiency. Scintillators are more efficient at collecting x-rays than semiconductors or CCDs. When an x-ray strikes the scintillator, it fluoresces and is converted to light. This is then captured by a detector and converted to an electronic image. 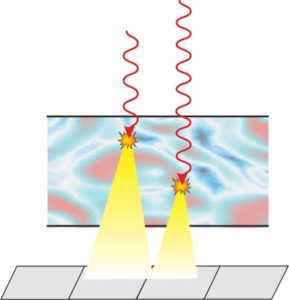 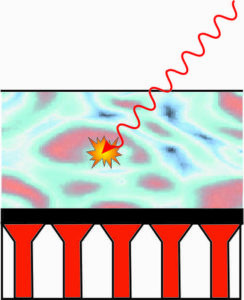