ThreatScan® is an advanced family of highly portable rapid deployment units and was created for bomb and threat detection.  Being lightweight it is used in high security situations such as airports and other mass transit hubs.  It is also used is in public spaces, checkpoints and venues. The system is already used by security forces from London to Singapore. 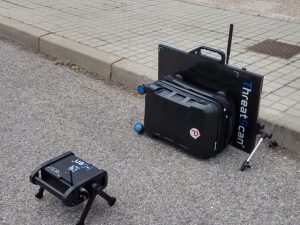 The system was designed to meet the terrorist threat through X-ray threat detection. It can examine the inside of suspect packages that have been left unattended, checking for bombs, knives, guns or other threats.

The Threatscan x-ray generator is placed in front of a suspect package with the detector just behind it. The operator then retires to a safe distance having spent just a minimum of time on-target.  The unit is remotely controlled and the images are viewed on a laptop PC.

The system produces the clearest-in-class images of any comparable system world-wide.  Its detailed X-ray threat detection results offer unprecedented clarity, making it a more effective tool than conventional  equipment.  It includes an advanced materials’ differentiation ability to highlight different materials such as plastic explosives and the metal in guns and knives.

As a direct result, a package that the operator sees as suspect must be considered as a potential threat, but now more contents can be safely identified – resulting in far fewer false identifications and less disruption.  The X-ray threat detection system can penetrate up to 34mm steel at 120kV, producing high quality, sub-millimetre resolution images.

This is especially important when dealing with possible bio-threats, where a controlled explosion could be disastrous.

Threatscan offers two detector sizes but both are very slim and can slip into narrow gaps behind suspect packages.  The entire X-ray threat detection system is remarkably light and portable with the x-ray generator weighing just 6.6kg and the larger detector panel weighing 5.5 kg including batteries and handles. 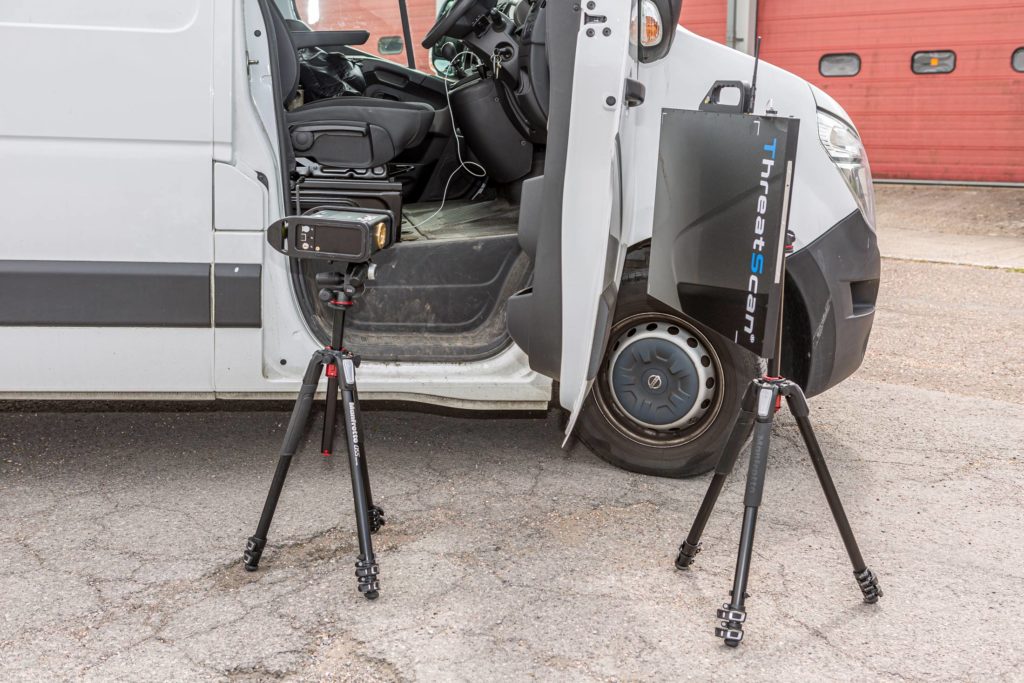 Designed to meet the modern security and terrorist threats, the 3DX-Ray ThreatScan® x-ray scanning range provides civil and specialist forces with the ability to examine the inside of suspect or unattended packages, checking for bombs, knives, guns and other threats.  The system can also be quickly set-up to target-screen baggage that is carried into an event.

3DX-Ray’s security x-ray technology is already in use at mass transit venues and by government security services across the world.