I met Image Scan’s chief executive Bill Mawer the day after the bombing at the Ariana Grande concert in Manchester. Since then we’ve had the London Bridge and Finsbury Park terror attacks and concern about what can be done to improve public safety has reached a new peak.

Reflecting on the recent atrocities, Mr Mawer said: “When something like the Manchester attack happens, as well as the terrorist incidents that are taking place all around the world and the continuing existence of those threats, it makes it very easy to get up in the morning and go to work because you know what you are doing is important.

“We provide equipment for people to find bombs and we feel portable X-ray systems have a real role to play. They are usually the first thing on the scene.

Our security machines are used to assess the threat and in the aftermath of an event to make sure an area is safe.”

Image Scan, which trades as 3DX-RAY, makes all manner of security X-ray machines.

It is based in Barrow upon Soar and has 18 staff.

Its products include the ThreatScan-LS1, a lightweight, portable large format X-ray scanning system. You’ll find it being used for suspect bag and package inspection in locations such as rail and bus stations, shopping malls, airports, stadia and sports arenas.

The system is also used for general security inspection by first responders such as police, military and the Government’s security agencies.

The company also makes a vehicle scanner system which enables security personnel to thoroughly inspect vehicles – even sealed units – in minutes. Its easy-to-use, sophisticated software enables images to be zoomed, panned and processed to enable rapid assessment of any potential risk. And the entire operation can be controlled from a remote laptop.

Mr Mawer said: “All our investment over the last two or three years has been focused from the security side of things on the portable X-ray market.

That’s where we have a really strong niche and that’s the product behind our recent growth and financial performance.”

Image Scan has accelerated the development of a compact version of one of its ThreatScan scanners. Known as the ThreatScan-LS3, the new, smaller model makes the superior imaging performance of the earlier ThreatScan-LS1 system available in a small format detector that can be placed in a backpack by mobile explosives teams.

Mr Mawer said: “I am excited by our new compact detector, the ThreatScan-LS3. 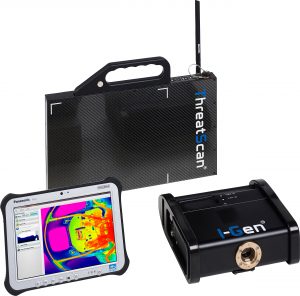 The speed with which this has been developed is testimony to our modular approach to both hardware and software design.”

Mr Mawer is determined to keep up the momentum.

Mr Mawer said the company will use the proceeds of the share placing to accelerate the introduction of recently developed products into the widest possible market, further extend research and development and to provide additional working capital to facilitate the management of larger contracts.

Image Scan – or 3DX-RAY – was a spin-out from Nottingham Trent University in 1997. It was listed on London’s AIM market in 2002 in the period just after 9/11 when there was a lot of interest worldwide about security technologies.

Mr Mawer was approached towards the end of 2013 to take a look at the company and see how it could be taken forward. 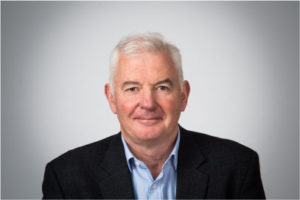 He has previously worked for Smiths Group in a variety of senior positions before playing an instrumental role in the launch of Smiths Detection, a global leader in security technology.

Mr Mawer said: “What I saw when I came initially to look at the business was a business with a lot of good people.

It had a great route to market in the bomb disposal space, but it hadn’t really been able to invest in its product line.

I knew a bit about product development, having been a technology director at Smiths, and I felt with a bit of investment, careful thinking and focus about what it was doing in its R&D that we could renew that product range.

I also had confidence that Vince Deery, the sales and marketing director, and his team would take those products to market and really since I joined in 2014 that is what we’ve been doing.

“We got very focused in developing a range of portable X-ray products and getting them to market and that started happening for us at the back end of 2015.

“Then we saw some really solid growth in the financial year to September 2016 and that growth has continued into the first half of this financial year, up to March.”

He is glad to say the industrial side of the business is also going well.

Image Scan reached a “key milestone” in the industrial side of its business earlier this year, with a customer who has been carrying out an extended evaluation of its MDXi-400 system proceeding with operational deployment of the machine in a new manufacturing plant in Eastern Europe.

On the back of this, Mr Mawer has big ambitions for the business.

He said: “Our shares have seen a 100 per cent increase and that happened as we started announcing orders and followed up with good results.

We have made a profit, but a small profit, and what the market is looking for us to do is two things.

One is to prove that we can turn some good sets of results into momentum and continue that growth.

And to be ambitious about how we grow the business, looking at what other products we can add, either though development or through acquisitions to turn Image Scan into a substantial player in the security industry.

I did a lot of M&A work when I was at Smiths, so we could grow through acquisition, or partnerships or teaming.

We would have to go back to market to raise funds and I am confident of shareholder support. Twice I’ve raised funds in the market. I raised money when I first joined the business to give me a bit of breathing space to sort it out and we have just raised money to help us accelerate R&D and start looking at the next level of activity. I am reasonably confident that with the right case the market will continue to support what I am doing here.”